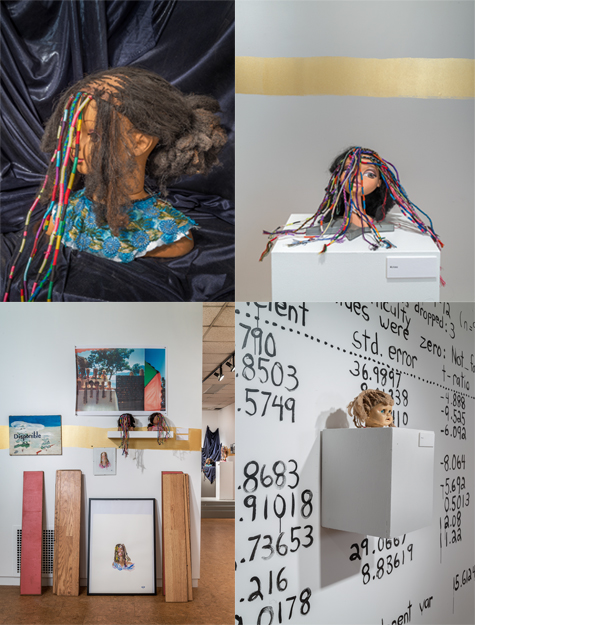 Thursday, March 5 – Thursday, April 3, 2015
The UMKC Gallery of Art presents David Ford: The Muñeca Project. For the last 35 years, Ford has pursued an interest in Guatemalan culture. He first traveled there in the 1980s, during its civil war, as an observer for Amnesty International bearing witness to the potential violence in the region. Since the war, Ford has increased his knowledge of Mayan culture, history and language through his repeated trips to Mayan villages. In 2009, while visiting the lakeside market town of Panajachel, an object caught Ford’s eye—a muñeca, or doll. Vendors use these plastic doll busts with braided hair to demonstrate the various styles of hair wraps marketed to tourists. These objects, which once had use-value as display items, now have exchange-value due to Ford’s active collecting pursuits. Ford has amassed a large collection of muñecas that are well documented and photographed.
The UMKC Gallery of Art will host the Muñeca Project, which incorporates econometrics into drawings, paintings, and installations ultimately confronting issues of classical political economy and post-colonial theory. The Gallery will also host the Radical Political Economy Seminar on Wednesday, April 1st at 3 PM to discuss the role of econometrics as an initial tool for interpreting the relational aesthetics involved.